Probably could have called this one “Dog Catcher.” As there are a lot of sun dogs I have caught recently. Well three of recent, but several pics because I caught the 22 degree halo and an upper tangent arc in two of the sun dog events.

It has been a fairly mild winter to this point, though we are having a bit of a cold snap at the moment, but we barely dodged a disaster with an icing issue we had recently. Back in 1993 we had a huge ice storm here, power was out for 2 weeks because power lines were down everywhere, it was frigid cold, and the lansdcape looked like a nuclear bomb had gone off because of the many trees felled, or just stripped of branches and what was left of just broken in two trees left standing. It was pretty crazy. These first two pics show the kind of icing that caused the mayhem of ’93. It wasn’t much more ice than this that did the damage. We were lucky this time. 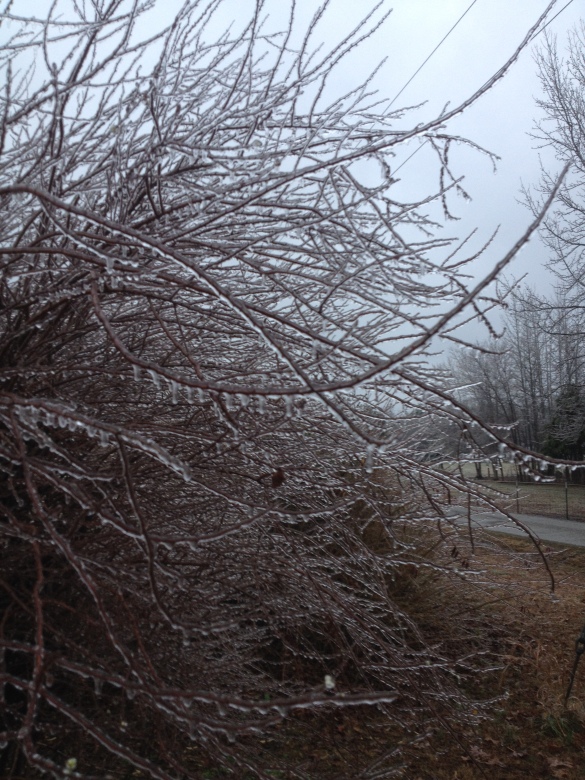 Being a bit of a cloud fanatic I had to get this shot. 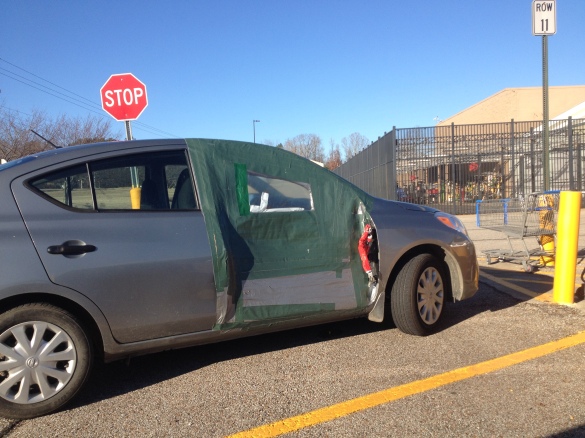 The first of the sun dog pics. I caught this one on the way home from dropping the wife off at work. I stayed at this location taking several pics as it progressed. Note the slight flare at the 12 o-clock position, above the sun, nearly the top of the photo. This is the beginning of the faint but detectable upper tangent arc. The 22 degree halo is also starting to show. Interesting side note, I did not notice these at all when I was taking the pics, I noticed them later while browsing the pictures 🙂

You might notice a picture perspective change from here on out. As I was capturing this sun dog, I must have accidentally swiped over to the square picture icon instead of the photo one on my phone. I only caught that little detail this morning. My dumb ass might be slow, but it catches up to me…

Notice the halo is brightening. The upper tangent arc is almost out of the shot. (Remember I didn’t know it was there when taking the pics)

The halo is getting washed out now, but the upper tangent arc is still trying to hang in there. These phenomena are ever evolving apparitions and when you get a chance to take pics, take several over several minutes. Several minutes is all you will get 🙂

At this point the spectacle began to dissipate. I decided to head on home. By the time I got home, five minutes later maybe, I took another look, and damn if the sun dog hadn’t rebrightened. The halo and upper tangent arc are gone, but here is the same sun dog event from just down the road a bit from my place.

How about a Tennessee sunrise to break up the sun dog monotony?

Woof! Another sun dog event. Again on the way home from dropping off the wife, and I caught it from the same exact spot as before.

Quite often when you catch one sun dog, one is all you will get. Sometimes though, you will catch the opposing dog on the other side of the sun. I always look, but seldom get both. This is the left side, a sun dog is barely trying to be perceptible. Follow the tree line from the left, to where it takes a sharp dip down toward the field, then the next rise, a small point in that tree line, look just above it. Hardly worth mentioning it is so faint, but it is there.

Ok, let’s take a sun dog break for a minute. I know the holiday season is past us, but when you are shopping for that special someone come next December, you know this will be on their wish list 😉 Wait $40?!! Nevermind… 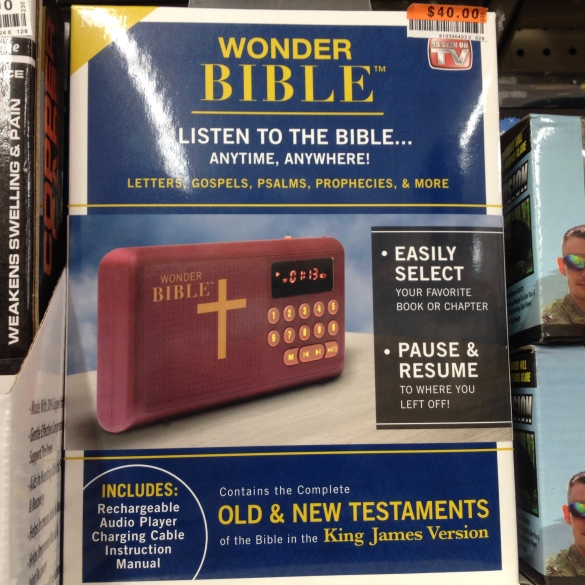 Church signs, always one of my favorites, We don’t travel as widely as we used to, so I’m not catching as many. This one, maybe it’s just me? But this message seems to clash a bit with the name of the church. Ray of Despair seems more appropriate.

We had a good dusting of snow a couple of weeks ago, nothing serious, but it is interesting you can sure tell which way the wind was blowing. I’m weird like that…

Woof! Another sun dog, this one was a lefty. Was on my way to town and lo and behold. I stopped in the middle of the road, turned on the emergency flashers like any good motorist (no one was coming), and got the pic. This one, the 22 degree halo is pretty obvious when you look at it for a minute. This was the pic that got me looking at the sun dog pictures a little more closely.

I will leave you with another sunrise. May we all get plenty more of these.

Hope you enjoyed the trip.

Oh, wiki has a good write up on sun dogs and other phenomena. What would we do without Wikipedia?

Arguments against submission to superstitious doctrine.